Old People Have Got it Going On

‘Not your usual audience,’ texted my friend. (*amused emojis*)

I’d told her I was on my way to Joburg to speak at the Seniors Fellowship of a church.

They had names like Myrtle, Maureen and Beryl and I thought, one day (probably?) I’ll be part of some retirement arrangement full of people called Ashley, Michelle, Jared and Josh and how a younger generation will hear our names and think, How quaint. How dated.

We sang hymns. (From hymn books!) The lady sitting next to me leaned over with, ‘Those of us who can stand, stand for the hymns. Some of us sit.’ Everyone at my table sat, so I sat too.

The same lady stage-whispered conspiratorially, before I went up to speak, that I would have to do so very loudly.

I e-nun-ci-a-ted. Didn’t budge an inch from the mic.

Still, one old dear nodded off midway through my talk and another gentleman clasped my hands afterwards, saying he loved what he’d heard, though he hadn’t heard all of it.

There were chin hairs and chesty coughs and all the other things that go with many decades of earthly wear-and-tear. One woman – still striking despite a stooped back and shaking hands – must have been an absolute stunner sixty years ago. She still possessed something magnificent – an arresting shadow of the beauty she once was.

And it was humbling and glorious and they were a far greater inspiration to me than I was to them.

It’s tempting to patronize elderly peeps because, like, this was clearly the big event of their week. A cup of tea! A plate of Baker’s biscuits! (The pink wafer one!) (And the chocolate one wrapped in foil!)

It’s tempting to feel superior to the old because from the outside, their worlds have shrunk. Their lives have turned small.

And yet we’d be fools to dismiss them, because on the inside their lives have turned big. Their worlds have expanded – so much so that they’re almost touching eternity. Their time isn’t running out; it’s running towards.

I looked out at that room of arthritic hands and compression stockings and thought,

They’re ages younger than me, inside. Though their bodies are dying, their spirits are being renewed every day. They bruise dark at the mere suggestion of a bump and maybe it’s because they’ve lived long enough to know real compassion – to feel the pain of the world with a readiness to bleed for it – like Jesus.

Maybe their paper-thin skin is just evidence of the thin places they live – where heaven meets earth.

And maybe, because the way of the righteous is like the first gleam of dawn, which shines ever brighter until the full light of day, this is their finest hour. 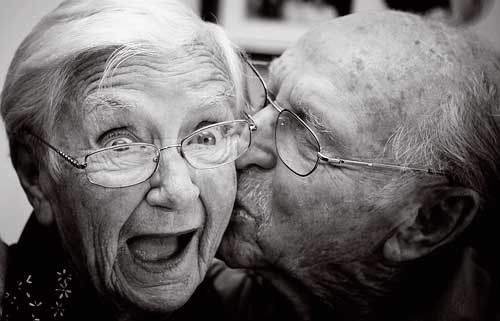 And just like that, half a year’s behind us! Have a wonderful weekend.