You will definitely damage your kids. Have kids anyway. [Parenting Part 1]

I didn’t really want to be a mom.

I didn’t know how not to project my insecurities and biases. Plus, I made babies cry and I didn’t know what to say to anyone under the age of twelve. I always thought that having kids was the right thing to do – kind of. Like de-worming your pets and paying traffic fines. But I had no desire to peer broodily into anyone else’s pram. Like, ever.

Then one day a counsellor told me that all those things were true. She said that every parent damages their kid. Every parent tries so hard not to make the mistakes of their own parents that they make fresh mistakes of their own. She wasn’t a fatalist. She was encouraging me to accept the inevitable and live anyway – live bravely – into whatever my future held. 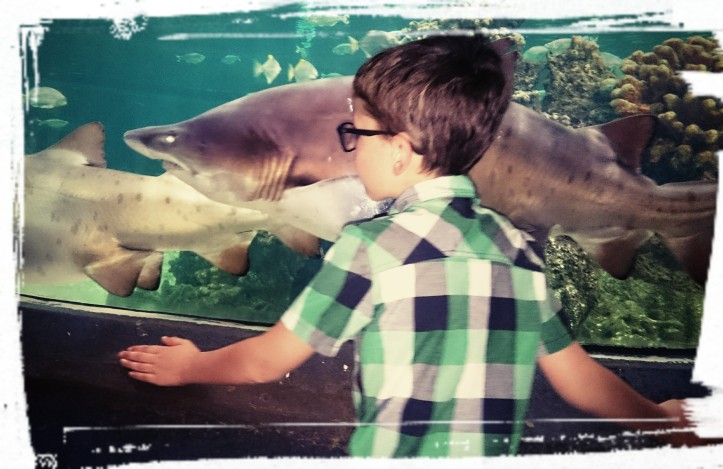 And I’m living it. Because there are days my kids don’t like me. I have definitely hurt them. Overcompensated. Allowed my junk to rub off on them. Some days my words are too heavy. Some days I make them cry.

But the truth is that something much bigger and more significant than all that happened when my body produced two humans. Something glorious. Something jaw-droppingly powerful. Something that dispelled the fear and washed up courage.

My sons broke open my heart and I found an abyss of love that must have been there all along. The ground gave way before me and I didn’t know I was capable of diving into such depths of compassion. Things that used to be super important to me suddenly weren’t. And new things became paramount.

I remember when they wheeled Cameron in for his first cataract surgery. The theatre doors closed and I wept like my soul had snapped. Because my hope had been wheeled into that theatre and I didn’t know if it would come out whole.

And I remember my first day home from the hospital with Scott. Cozied up and nursing my baby son. I would be on maternity leave for the next four months. I was passionate about St Alban’s College and the boys I taught there. But I remember thinking that if someone called to tell me that the school had burned down, I may well have looked up, gone, ‘Oh,’ and carried on allowing the world to be eclipsed by the magnificence of ten tiny perfect toes.

Having kids plays out differently for different people. For me, it was euphoric. Whole parts of me came wondrously alive.

But having kids forced me to confront hard truth. I had to be excruciatingly honest with myself about my failures and shortcomings. While parenthood ushered in startling love, I also saw sides of myself – ugly, angry, caustic sides – that had never before had cause to surface.

Like, when our boys were younger, their whining would wear me down something desperate. A relentless erosion of my endurance. Every means of discipline I tried seemed to make things worse.

One day I picked them up from preschool after a day of teaching. All the way home, Cam whined and moaned and threw sulky tantrums on the backseat. I reached the end of myself. Screeched into the driveway. Slammed my car door. Burst into the house leaving the boys strapped in their seats so that they wouldn’t see the tantrum I was about to throw. I flung my laptop on the floor. It was in its carry bag, but I flung it hard. Screamed and cried and wracked out sobs to God about why why why wasn’t He helping me? And why was this all so bloody hard?

The chip off the corner of the laptop keyboard reminded me for a long time of my fallibility. And I realised that parenthood – the long process of instilling truth and calling out courageous obedience – demanded truth, courage and obedience from me like nothing I’d ever come up against.

It’s difficult to model for my boys what it looks like to handle external life pressures and internal heart entanglements. I’m humbled every time I need to ask their forgiveness. And parenting can totally overwhelm me. A lot of the time I don’t know what I’m doing. I have to react so fast that there isn’t even time for a gut feeling to develop.

And yet, every morning, my boys patter down the passage with bed hair and sleepy eyes and so much grace for me. They’re so pleased to see me. And I think how for as long as my Heavenly Father is not giving up on parenting me, I will not give up on parenting them. I hang on to the hope that each new, different day will bring new mercies, and that each new, different day will find us different too.

My boys will be different: bigger, cleverer, more handsome.

And I will be different: more and more dependent on grace.

This is an extract from my book,

Dragons and Dirt: The truth about changing the world – and the courage it requires.

Order a copy here, or pick up a paperback / Kindle edition on Amazon.

Have a completely wonderful week.

Come back next Monday for:

You are parenting a borrowed kid, on borrowed time [Parenting Part 2]

How to let go of your kids, so they can change the world [Parenting Part 3]