Four Girls and a Guy: how five friends inspired me in ten days

I’ll start with the guy.

My friend Brett was up from Cape Town and we met for coffee. His life is much more interesting than mine. After time with him, I’m always left questioning how willing I am for God to make me uncomfortable, for His Kingdom. We talked about transformation and reconciliation and how apartheid was drawn up around geographical lines and that healing will come when we cross back over those lines, not just philosophically but physically too. We talked about white guilt – if it’s real or relevant to our generation or if we should stop feeling it already? He reminded me that guilt and conviction feel exactly the same. But guilt paralyses; conviction mobilizes.

Be intentional without being intense.

Brett left the table at Irene Dairy and Liz sat down because, congruency for the win. Liz and I meet up once a month or so and I always walk away from a conversation with her with a heightened sensitivity to the work of God in the world and how He’s calling us to be part of it. She’s kind, wise and intuitive like very few other people I’ve met. She thinks and feels deeply enough to be able to bring just about anything to the surface, with a single question. Which means, she counsels me without me realising that I’m being counselled. She’s also very funny, and she never takes herself too seriously. She’s beautifully British but there’s nothing stiff-upper-lip-ish about her. When she talks about being intentional without being intense, she’s describing exactly the effortless Christ-likeness she lives. I want to be more like that. 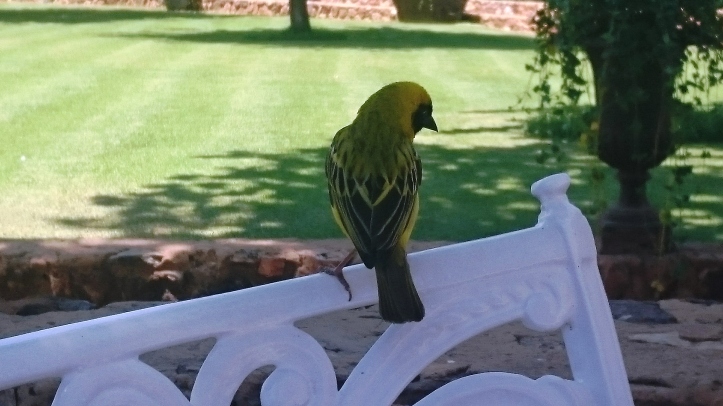 After our dance class last week, Antoinette and I met to pray. We talked about decision-making. She suggested that, provided our thinking hasn’t devolved into abject selfishness, then joy (real, fruit-of-the-Spirit joy) should be a major decision-making marker. As in, ‘Is there joy in this thing / option / relationship / place? Does it bring me joy?’ Because His yoke is easy and His burden is light and the Kingdom of God is not a matter of what we eat or drink, but of living a life of goodness and peace and joy in the Holy Spirit and maybe we don’t have to complicate things with over-analysis. Decisions really can be as simple as joy.

I’ve been putting off renewing my driver’s licence but I could do so no longer. These sorts of things make me feel ridiculously anxious. (What if I fill in the wrong forms? What if they’ve changed the rules and I don’t have all the right documents or the right cash? What if I drive there and they’re closed?) So on Friday, all the way to Rayton, I prayed that God would go ahead of me and prepare the way, and that, if it was His will, He would grant me favour and surprisingly efficient bureaucratic channels and short queues.

I arrived just before the doors opened to find a sizeable queue already outside. At the back of the queue was my friend Wanda. This was an over-and-above answer to my prayers. Not only did we pass the time in valuable conversation, we did so for less than an hour, because we were granted favour and surprisingly efficient bureaucratic channels and short queues. 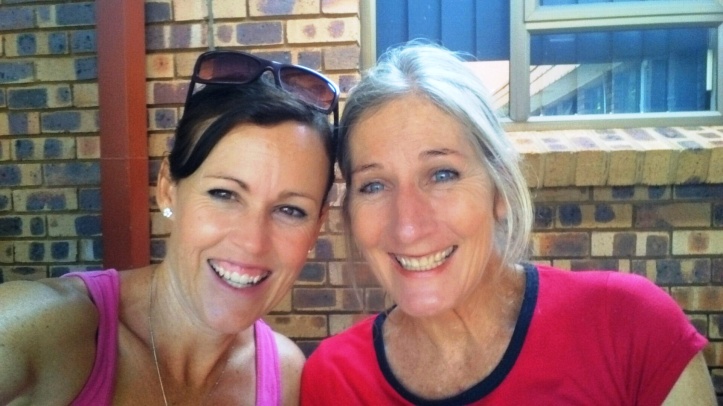 Peter and Wanda have nine kids between them, some biological, some through adoption. And some grandkids. And some sons and daughters-in-law. She told me how she and Pete joke with their grownup kids (who are, for example, best-selling authors and the founders of Rous House Productions) that they mustn’t expect much of an inheritance, because all their money – their inheritance – is going into raising their next crowd of kids.

The thing that strikes me about Wanda is that she seems to keep it all together, all ticking over, with the easy grace and uncomplicated faith of one who is focused on Jesus, and on what will matter in eternity.

Put more faith in your Shepherd’s ability to lead you, than in your ability to follow.

Sue and her husband Kim live in Madagascar, where they planted a church. She’s a faithful, praying friend and I’m so grateful for our connection. I asked her to pray about something last week, and she texted me with a reminder of what Kim often says, that we need to put more faith in God’s ability to lead us, than in our ability to follow.

I know, right?! God is the ultimate leader. He invented leadership. If our heart’s desire is to do His will, why would He not lead us, like the wise, loving Shepherd that He is? Jim Elliot said, ‘God always gives His best to those who leave the choice to Him.’

Please share what’s inspired you lately? And if the wisdom that these friends shared with me has inspired you, please pay it forward to someone who needs a bit of inspiration too.

So, my friend Lisa-Jo Baker is Pete and Wanda Rous’s daughter, and she wrote the foreword to my book, Dragons and Dirt, which is about how we can change the world right where we are. Because February 2016 has an extra day in it, you’ll be able to get Dragons and Dirt on Kindle for only $3. Set a reminder to gift it to someone’s device come February 1st!