Some Naked Truth: Advice to a Bride-To-Be

I’ve only been married for nearly-twelve-years, which isn’t long enough to make me an expert.

Then again, Malcolm Gladwell says that 10 000 hours of deliberate practice in any given field makes you world-class. If that’s true, then me and anyone married for more than a year and a half – we qualify for the freakin’ marriage Olympics. So, from my roughly 105 000 hours, here’s the good, the bad and the true: 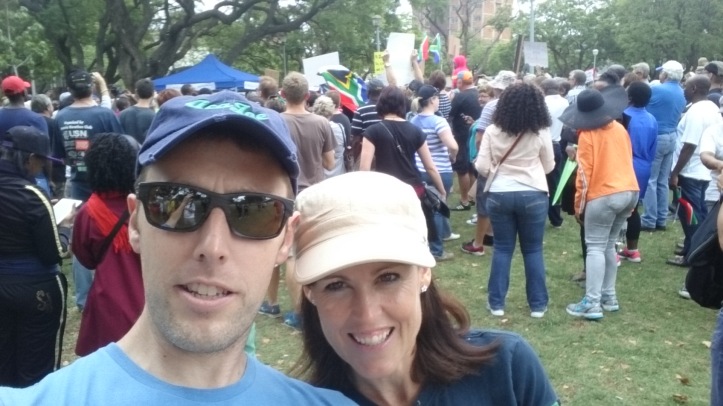 Don’t invite hordes of people for dinner in those first few weeks after the honeymoon, even though you’re going to want to show off all your new stuff. Switch off your phones and savour the ultimate, intimate us-factor of being newlyweds. See where your boundaries fall, then fling wide the front door.

Find excuses to celebrate anything, like the fact that it’s Tuesday. Go out, go away, stay home, be alone. Plan for spontaneity. Scheduled romance is better than no romance. Always have something to look forward to.

Make a lot of love. He might need it more. You might need it less. That’s just how God made us, and He called it good. Do the dance of compromise and compassion and lay yourselves down for each others’ needs. (Sometimes literally.)

Things that initially attracted you to each other may become annoying. Revisit why you fell in love. Conjure up those first feelings until you remember that the frustrations are part of the chemistry.

Build and protect the Genesis 2 pillars of your marriage: severance (‘This explains why a man leaves his father and mother’), permanence (‘and is joined to his wife’), unity (‘the two are united into one’) and intimacy (‘the man and his wife were both naked, but they felt no shame’).

Make an effort. Apologize immediately. Forgive quickly. Say, ‘I love you’ a lot. Kiss him longer than necessary on the lips. Tell him all about your day, even when you’re tired and it’s easier to say, ‘Fine.’ Pray together, out loud and often.

And when the kids come, don’t transfer all your affectionate vibes from each other onto them.

You’ll hear women say, ‘But he’s not the man I married!’ He shouldn’t be. If he’s exactly the same as he was on your wedding day, it means he hasn’t grown at all. You can’t predict what life will throw at you guys in the years ahead, but throw things it will.  Accept that experiences change us, and that it would be weird and time-warpy to have a static spouse.

That said, don’t start living separate lives. Keep finding each other. Talk for long enough to get to the laughing part. Stay friends and allies. Behave more like his lover and less like his mother. Fight to uncover and rediscover each other’s sense of humour and hope.

Don’t enable each other. In a good marriage, you know each other so well – you’re so one-flesh – that you can start compensating for each others’ weaknesses to the point that there’s resentment or an unhealthy shift in responsibilities. Don’t ever stop challenging each other, teaching each other, calling each other out on stuff. You’re life partners, not co-dependents.

And obviously, don’t ever humiliate each other, publically or privately.

You have today, and eternity. That’s all you can be sure of. If you die tonight, being at peace with your man will be more important than filing the lights-and-water accounts.

(But filing is useful. And long-term planning is brilliant for saving up to make memories, and for syncing your decisions and directions.)

Marriage is the beautiful symbiosis of mutual submission, which asks, ‘What does love require of me? What can I do to help? What burden can I carry for you so that you can go further in what God has called you to?’ Leverage all of you for all of him. He’ll be falling over himself to do the same. 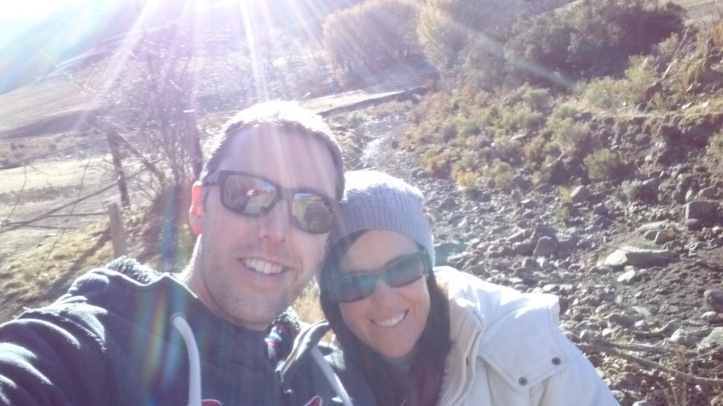 Your Big Day is just Day 1 of many, many Days. The wedding itself is crucial (duh). It’s fantastically special – deeply significant. But there are even more special and significant days to come. Mostly they will happen on average Thursdays when you’re flossing and you catch yourself thinking you’re the luckiest girl alive. So don’t worry too much about the colour of the serviettes for the reception. A week from the wedding no one will care or remember, and neither should you.

You’re going to have a blast.

Feel free to share this with a bride-to-be, or married people you know and love.

It would be great to hear from you here, on Twitter, or on our Facebook community page. Sign up in the sidebar to get these posts by email.

Some other marriage posts you may enjoy:

Fifty shades of hope: A letter to my husband 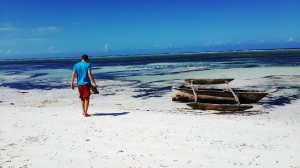 I love a man in uniform: What my husband learned flipping burgers at McDonalds 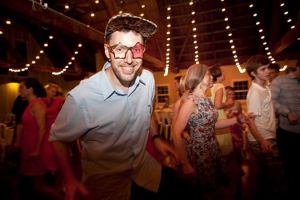